Multi-Asset Investments Views - May 2020 - COVID 19 crisis: glimmers of hope within the grim reality

This document is intended exclusively for Professional, Institutional, Qualified or Wholesale Investors / Clients, as defined by applicable local laws and regulation. Circulation must be restricted accordingly 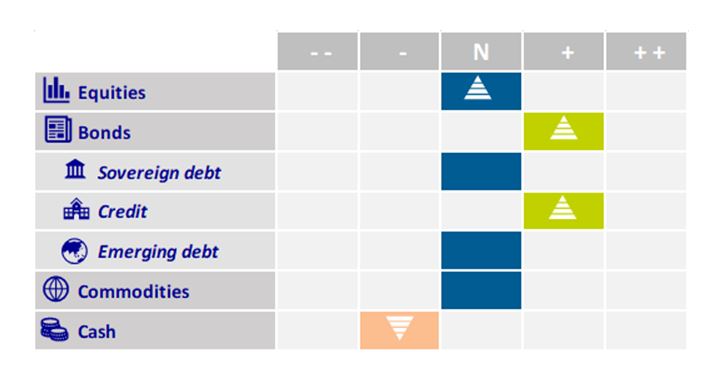 We argued last month that, in order to exit the COVID 19 crisis, three conditions need to be fulfilled: 1) strong central bank support, 2) a significant amount of global fiscal easing and 3)an inflection of virus progression in order to allow gradual exits from lockdown. Indeed, we think these conditions are key to answer two critical questions: how long will the economy remain shut, and therefore what will be the impact on GDP ? and will the amount of stimulus be enough to plug the hole in GDP ? The outcome for the economy and asset prices will probably depend on the netting of these effects, with a large element of uncertainty for each. If monetary and fiscal stimuli undershoot the damage, so may the economy and financial markets.

First, central banks efforts to contain the financial stress and support the economy are unprecedented as they further expanded their use of unconventional tools and facilities. As a result, despite a shock that exceeds the real impact on the economy during the Great Financial Crisis (GFC) in 2008, the tightening of financial conditions appears to have been stopped well short of the levels reached during the GFC thanks to more aggressive and timely action this time around (cf. chart below). The Fed’s balance sheet is likely to double in size relative to the economy this year, potentially reaching close to 40% of GDP by year-end. In particular, in what represents a pivotal moment in this crisis, the Fed will now be able to make off-balance sheet loans and asset purchases including, for the first time, corporate bonds approaching nearly 4 trillion USD if needed. This is best summarized by what Powell described as the Fed acting “forcefully, proactively, and aggressively”.

Second, the fiscal policy response is massive, including countercyclical measures such as unemployment compensation, other income maintenance schemes, reductions in tax collections and government guarantees of businesses loans. Following this fiscal response from policymakers, the amount of discretionary fiscal easing is now close to 5% of global GDP, and more than 6% of GDP in developed economies. This exceeds our, and market expectations, both in terms of size and timing, and is growing quickly as new fiscal measures, particularly in the US, are announced. Consequently, this should push the US federal deficit to more than double its previous record level reached during the GFC. These deficit projections will imply a record jump in the debt ratios of developed economies, with important medium to long term consequences, particularly for vulnerable countries like Italy whose debt level should move above 160% of GDP.

Third, the virus growth is levelling off. At the time of writing, globally both new cases and fatalities daily rates of change fell to 4% on average over the last 5 days. In this context, several countries are starting to relax lockdown measures. In the US, a few states have relaxed social distancing this week. Others will give guidance on reopening plans that may enter early phases at the beginning of May and maybe even June for the west coast. The prospect of exiting lockdown is also gaining momentum in Europe, with several countries unveiling timelines for the relaxation of the containment measures. Therefore, we think that the foundation for a growth bounce in 2H20 is being laid.

All in all, the gradual reopening of economies, and the extraordinary fiscal and policy measures, are supporting markets. Particularly so for Investment Grade Credit which we upgraded to overweight in our portfolios. We also raised equities to neutral.  We think it is still too early to adopt a more positive stance even if we are constructive on risky assets over the medium term. Indeed, the more optimistic pricing of the recovery makes risky assets more vulnerable to disappointments. The magnitude of the rally was unprecedented in an environment where there are so many variables. A resurgence of infections, a slower return to normal, potential second-round effects such as corporate defaults, further markets dislocation - such as oil prices plunging below zero in April for the first time in history - remain potential risks, and we would therefore expect to see risk premia to remain elevated over the short term. 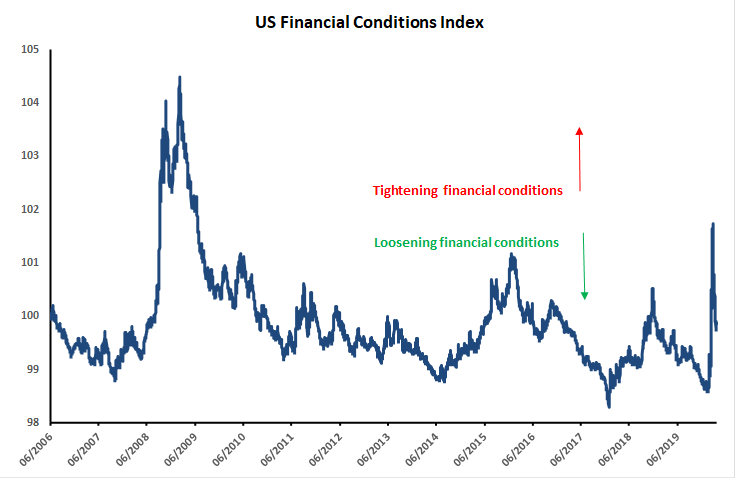 Not for Retail distribution: This document is intended exclusively for Professional, Institutional, Qualified or Wholesale Clients / Investors only, as defined by applicable local laws and regulation. Circulation must be restricted accordingly.

This document is for informational purposes only and does not constitute investment research or financial analysis relating to transactions in financial instruments as per MIF Directive (2014/65/EU), nor does it constitute on the part of AXA Investment Managers or its affiliated companies an offer to buy or sell any investments, products or services, and should not be considered as solicitation or investment, legal or tax advice, a recommendation for an investment strategy or a personalized recommendation to buy or sell securities.

Due to its simplification, this document is partial and opinions, estimates and forecasts herein are subjective and subject to change without notice. There is no guarantee forecasts made will come to pass. Data, figures, declarations, analysis, predictions and other information in this document is provided based on our state of knowledge at the time of creation of this document. Whilst every care is taken, no representation or warranty (including liability towards third parties), express or implied, is made as to the accuracy, reliability or completeness of the information contained herein. Reliance upon information in this material is at the sole discretion of the recipient. This material does not contain sufficient information to support an investment decision.

Issued by AXA INVESTMENT MANAGERS PARIS, a company incorporated under the laws of France, having its registered office located at Tour Majunga, 6 place de la Pyramide, 92800 Puteaux, registered with the Nanterre Trade and Companies Register under number 353 534 506, and a Portfolio Management Company, holder of AMF approval no. GP 92-08, issued on 7 April 1992.